Russia Presents Yuri Gagarin Bust to Space Foundation in US 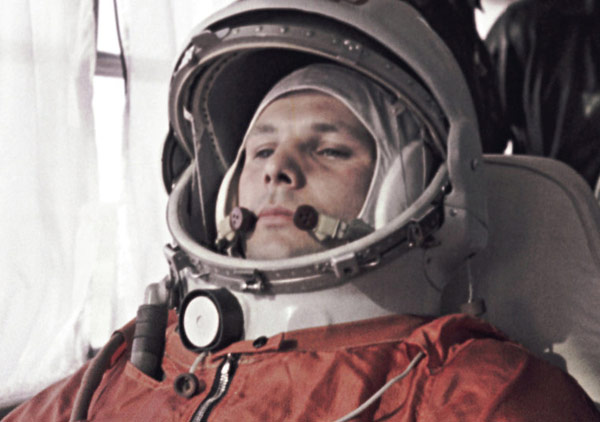 26 Апреля 2017
The Russian government presented a bronze bust of the first human in space, Yuri Gagarin, to the Space Foundation in the US city of Colorado Springs on Sunday evening.
WASHINGTON (Sputnik) – The presentation ceremony was held during the annual Yuri’s Night celebration at the headquarters of the Space Foundation.

«This bust is more than just a likeness of the first man in space. It's a symbol of the decades-long cooperation between the American and Russian space programs,«Ellis said during the ceremony. » [It] reminds all of us that beyond the technology, beyond the capsules, rockets, and the space suits, it is courageous men and women… [who] pushed out the frontiers of space.»


«On behalf of the Space Foundation I enthusiastically accept this bust of Yuri Alekseevich Gagarin. Bolshoe Spasibo. Thank you very much,» he added.

Komarov stressed that Yuri Gagarin's flight is not just a chapter from Russian history, but like the first step on the moon by Neil Armstrong, reflects «the history of all people of all countries.»

He also underlined that working together, like today aboard the ISS, is a really effective way to pursue further achievements and space exploration in particular.


«If we want to get the best results, we need to find a way to cooperate and to work together,» Komarov stated.

Petrov said he was confident that Russian scientists and representatives of the space industry will be working side by side with their US colleagues.

«I hope and I am sure that's the only way; if we are together we can get to Mars, to Venus or to many more places,» he stated.

«I was amazed with the job the Space Foundation is doing bringing awareness about space exploration, about what science can do, and bringing awareness of something else — that [for] looking into space and getting to other planets we need international cooperation, we need to be together to reach something that people have dreamed [about] for years,»" Petrov added.

Komarov and Petrov were joined by Executive Director for manned space flight programs at Roscosmos Sergey Krikalev, First Secretary and Head of the Russian Cultural and Science Center in Washington Oleg Zhiganov, and Counselor for Science and Technology at the Russian Embassy in US Alexander Ermolaev.

The donation of the bust has become possible as a result of a joint effort of the «Dialogue of Cultures — United World» International Charitable Fund and its President Ruslan Bayramov, the Embassy of Russia in the United States and the Rossotrudnichestvo Russian Cultural Center in Washington, DC.

The Space Foundation’s Yuri’s Night is part of a global celebration during the month of April recognizing the first manned spaceflight and the first space shuttle flight.

On April 12, 1961, a booster rocket took the Vostok spacecraft into orbit with the first cosmonaut on board — Yuri Gagarin. Having traveled around the Earth once, the reentry module landed on the territory of the then-Soviet Union.

On April 7, 2011, the UN General Assembly proclaimed April 12 as the International Day of Human Space Flight in recognition of the 50th anniversary of the first space flight by Gagarin. The resolution was co-authored by more than 60 UN member states.

The Space Foundation, located in Colorado Springs, Colorado, is one of the leading US organizations promoting space awareness activities and major industry events.

Never miss a story again — sign up to our Telegram channel and we'll keep you up to speed!