The bust of Yuri Gagarin erected in the university of Alicante 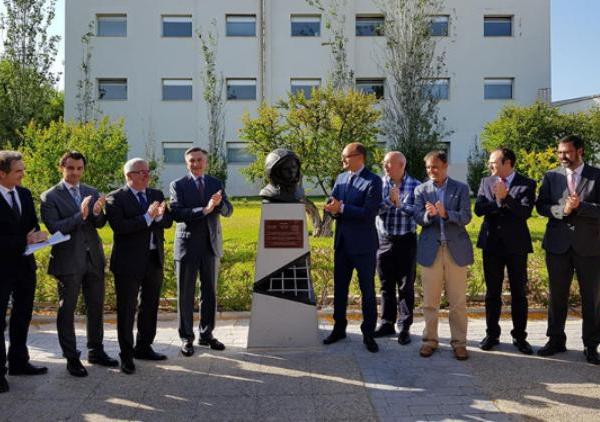 9 June 2017
On June 2, 2017 the bust of the first cosmonaut Yuri Gagarin was opened in suburban Alicante, Spain. The sculpture was donated by the Dialogue of Cultures - United World Fund to the people of Spain, and was installed in the territory of the University of Alicante Polytechnic Institute.
The solemn opening ceremony was introduced by the musical composition “Tenderness” performed by the Russian compatriots. The guests of the event were:


Over the last years the statues and busts of the first cosmonaut of the Earth were installed by the Fund in more than 20 countries all over the world. The purpose of this project is to unite the nations through recalling the greatest achievements, which influenced the development of the whole humanity, and cherishing the breakthroughs and revolutionary inventions, immutable values: selflessness, purposefulness and humanism.

The words of welcoming and hope for strengthening friendly relations between the people of Spain and Russia have been expressed by the Ambassador of Russia Y.P. Korchagin, Deputy Chairman of the Government of Alicante Province E. Dolon and the President of the University of Alicante M. P. Sanz. The honorable speakers marked the outstanding significance of the heroic deed of Yuri Gagarin, enormous contribution of the USSR and Russia as its successor into the space industry and world progress.

The donation and installation of the bust was organized with the support of the Association “Casa de Rusia en Alicante” and Embassy of the Russian Federation in the Kingdom of space.