Festival of Russian language and traditional Russian culture in Sri-Lanka

Festival of Russian decorative and fine arts has become a continuation of the interactive dialogue of masters of craftsmanship of Russia and Sri-Lanka, which was launched in September 2013.

Back then, «ETNOMIR» Cultural and Educational Center held a presentation of traditions and crafts of the peoples of Ceylon with the participation of well-known Sri-Lankan artists within the framework of the 2nd International Trade Fair of Crafts «ETNOMIR - Masters and Crafts». 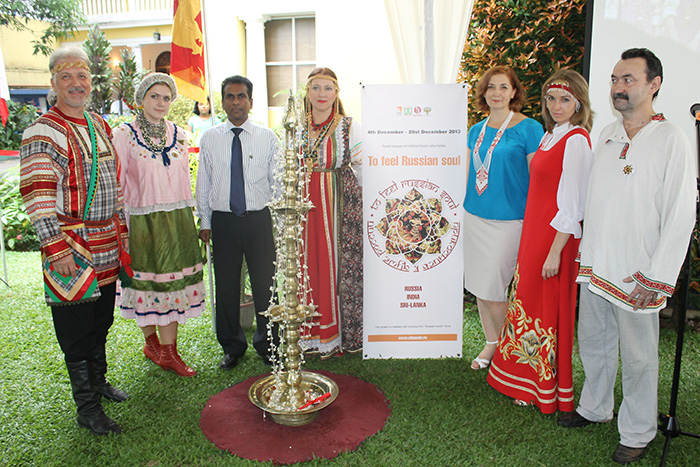 «Our fund has created a very interesting project in Russia - «ETNOMIR», and we brought a piece of this project first to Sri-Lanka and then to India. The festival is called «Touch the Soul of Russia», and our goal lies within - we want to be able to feel the traditions of the Russian culture with our own hands, through the senses. We moved away from pure expositions, exhibitions and museums and pass everything through the soul, through the heart, through the hands - through various workshops, which are in contact with our way of life. We spent the whole day in one of the major schools of Delhi, where students showed us great interest, our craftsmen held more than 100 workshops on painting Semyonov matryoshka, Romanovo clay toy and Bogorodskoye wooden toy, Russian musical instruments, circle dances, thread-and-needle» - proudly summed up Yelena Korshunova, head manager of the project. 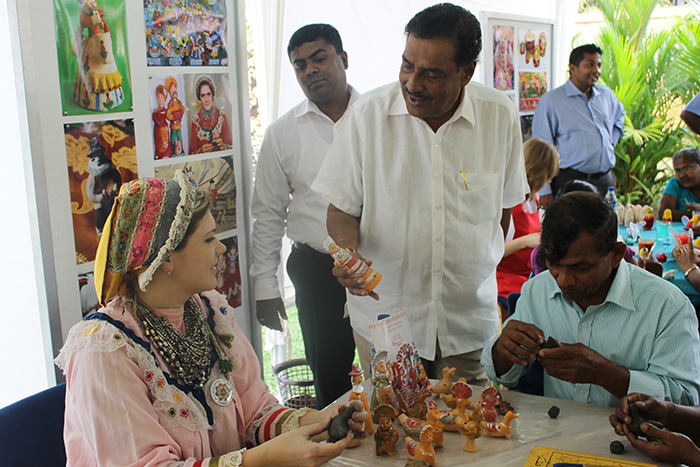 In their speech, Yelena Korshunova and Andrei Nazarkin highlighted the relevance and importance of the festival being a shining example of international cultural cooperation contributing to the strengthening of a humanitarian dialogue and cooperation between the peoples of Russia and Sri-Lanka, development of public diplomacy, preservation of spiritual closeness of our peoples, promoting cultural and ethnographic tourism. Secretary of the Ministry of Culture and Arts of Sri-Lanka Saman Dzhayathilaka emphasized that this festival of fine arts of Russia «is a unique event in the country's cultural life and unites the peoples of our two countries through the most peaceful occupation in the world - arts and crafts». 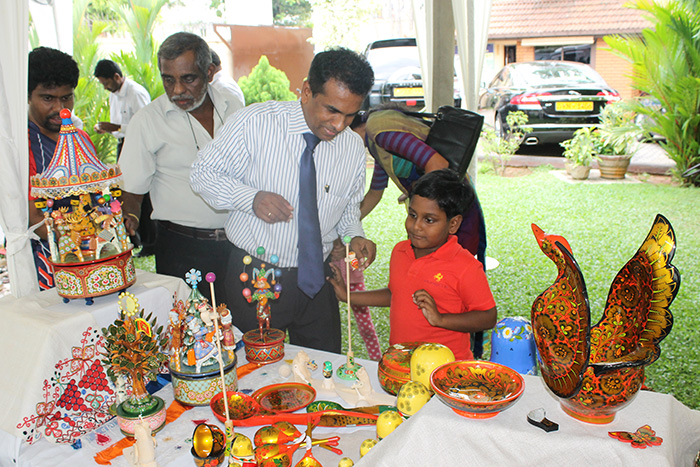 A rich program of Russian folk music presented by Tatiana Reznikova and Leonid Reznikov was a bright, festive decoration of the festival. Musicians not only acquainted guests with the instruments, but also demonstrated the beauty of the Russian folk songs and rhymes. Russian Centre of Science and Culture accepted as a gift the work by Alexander Simakov «Tree of Friendship» symbolizing the unity of the peoples of Russia and Sri-Lanka, their spiritual and cultural interaction.