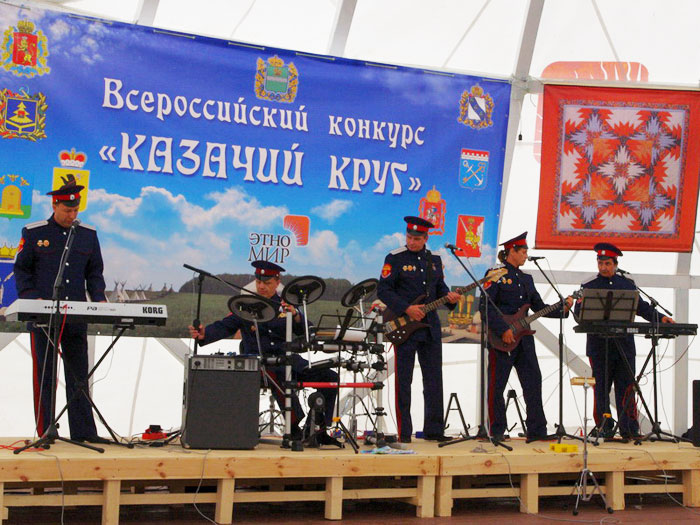 The event was held in two stages. Stage I included regional competitions in the subjects of the Russian Federation, stage II - a gala concert of the laureates of the regional stages. The main objective of the competition is to preserve and promote the distinctive Cossack culture being of great historical and artistic value for Russia, and to introduce it into a nationwide system of cultural values.

17 folk groups from Yaroslavl, Saratov, Vologda, Kaluga, Leningrad, Tambov, Bryansk, Moscow, Samara, Voronezh and Kursk regions came to «ETNOMIR», venue for one of the regional stages of the competition, to present to the jury their singing, music and dance talents.

The site was not chosen by chance. Russian Cossacks represent a multinational culture uniting Russians, Ukrainians, Kalmyks, Ossetians, Yakuts and representatives of many other peoples of Russia. This is one of the clearest examples of cultural synthesis of our time. In turn, «ETNOMIR» Cultural and Educational Centre is a place created for a live and friendly dialogue between cultures, preservation and promotion of the cultural heritage of the peoples of our planet.

The winner of the competition was «Charochka» ensemble of Cossack songs from Yaroslavl which received the winner’s certificate of the 1st degree and the right to perform at the closing concert of the laureates of the All-Russian Competition «Cossacks’ Circle» - on the stage of the State Academic Bolshoi Theatre (Moscow).