The festival is dedicated to the culture of Celts, Slavs and Scandinavians. The purpose of the festival is to acquaint visitors with the life of the peoples who have made the most significant contribution to the development of European culture. 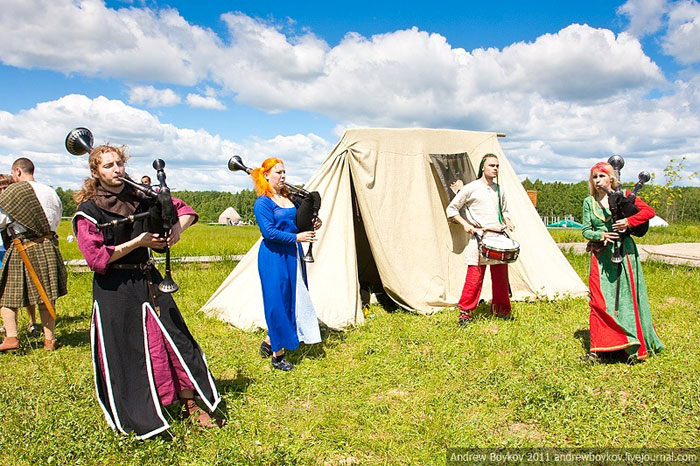 The event took place on June 4-5, 2011 in «ETNOMIR» Cultural and Educational Tourist Center. The format of the festival is interesting because spectators became main actors, who were asked to divide into teams-tribes and compete in the ancient forms of martial arts - javelin and ax throwing and archery. Guests who attended the festival enjoyed practicing in sword play, took part in the ancient Slavic amusements, paraded in colorful themed costumes, had workshops in folk dances and crafts, performed in tournaments and enjoyed the performances of folk groups. At the end of the competitions, each «tribe» got a powerful leader.

In addition to the festival program, there was also an entertainment program of the park - the central exhibition in Mira Street (Eng. Street of the World), excursions to museums, workshops in crafts, tasting of national dishes and drinks.