«House Without Coreners» in Strasbourg

On April 29, 2010 «Dialogue of Cultures - United World» Fund presented a yurt to the Council of Europe as part of the Multinational Russia exhibition in Strasbourg. 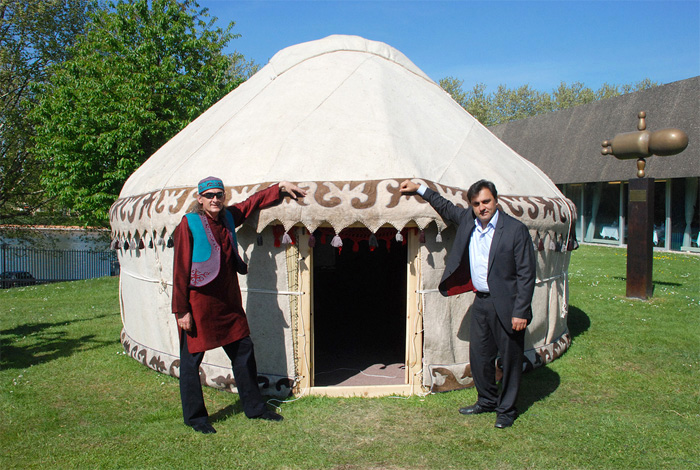 In April 2010, the Multinational Russia exhibition, which presented photos, samples of handicrafts, traditional cuisine, customs and costumes of the peoples of Russia, was held as part of the 61st spring session of the Parliamentary Assembly of the Council of Europe (PACE) in Strasbourg (France). The exhibition was organized by the National Council of Youth and Children’s Associations of Russia, «Dialogue of Cultures - United World» International Public Charity Fund and Fund for the Promotion of International Cooperation, together with the Directorate of Youth and Sport of the Council of Europe.

Young people, who came to the exhibition from all over Russia, acquainted European officials with the culture and traditions of our country. Among distinguished guests of the event were the Minister of Foreign Affairs of the Russian Federation Sergei Lavrov, Secretary General of the Council of Europe Turbern Yagland and PACE President Mevlyut Chavushoglu.

By the way, the yurt has become one of the most popular places at the Multinational Russia exhibition. European officials and other visitors enjoyed examining the exotic house, treating themselves to tea and sweets.

Photo gallery of the event.

Council of Europe,  Ministry of Foreign Affairs of the Russian Federation

International Cooperation
All projects of the Fund