Since 2010, «Dialogue of Cultures - United World» Fund annually takes part in the organization of charity bike rides arranged by <a href="https://www.downsideup.org/" title="«Downside Up» Fund" target="_blank" >«Downside Up» Fund</a>.

The purpose of the event is to raise funds for the provision of psychological, educational and social assistance to children with Down syndrome. 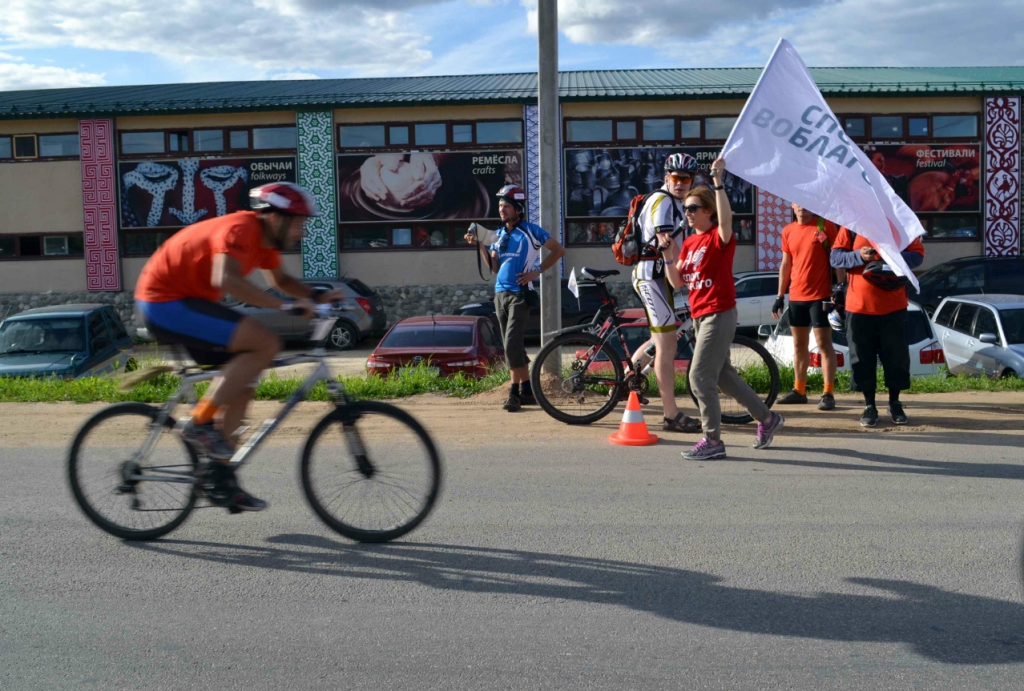 A column of cyclists starts from Kaluga region and two days later finishes in Moscow, where a celebratory concert is organized for the participants of the bike ride. These events gaining popularity in Russia are attended by famous athletes, actors, TV personalities, businessmen and everyone who cares about the fate of children with Down syndrome.

During a two-day ride, cyclists stop at «ETNOMIR» where the Fund organizes rest, dinner and overnight for them. In 2010, participants of the Red Square bike ride were also present at the opening of the monument to mother Teresa installed in the territory of the Cultural and Educational Center.