«Ethnic Rainbow» Festival of Traditional Cultures and Crafts is an annual event dedicated to the celebration of the World Day for Cultural Diversity for Dialogue and Development. 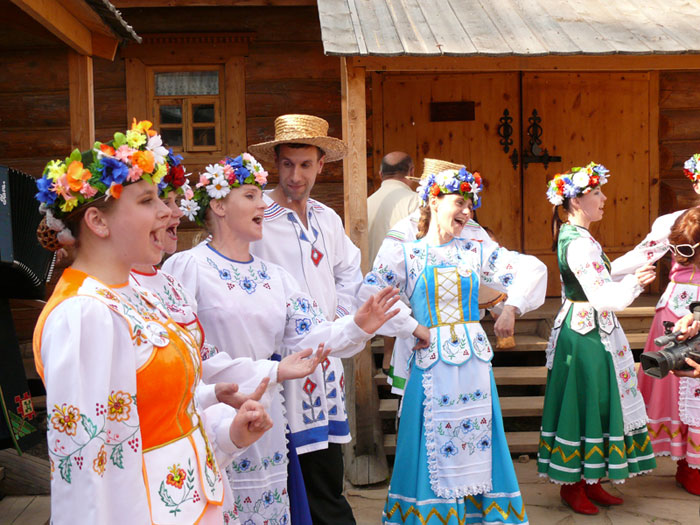 «Ethnic Rainbow» Festival of Traditional Cultures and Crafts is an annual event dedicated to the celebration of the World Day for Cultural Diversity for Dialogue and Development, which is held by the Fund in consultation with the UNESCO Moscow Office, involving participants from Azerbaijan, Armenia, Belarus, Moldova and other CIS and foreign countries.

The festival is held annually in «ETNOMIR» Cultural and Educational Center since 2011. From the outset, the project has received high praise from the Alliance of Civilizations (UN), which recognized the festival as one of the world’s best innovative projects of the year in the field of intercultural communications and intercultural dialogue.

Masterpieces of architecture and great works of art are an important part of the cultural heritage of mankind, but no less important are intangible and immeasurable aspects. Rituals, ceremonies, traditions, history, specific traits of different ethnic groups also need to be studied, maintained, preserved and protected.

«...All persons have therefore the right to express themselves and to create and disseminate their work in the language of their choice, and particularly in their mother tongue; all persons are entitled to quality education and training that fully respect their cultural identity; and all persons have the right to participate in the cultural life of their choice and conduct their own cultural practices, subject to respect for human rights and fundamental freedoms».

For the first festival, «ETNOMIR» provided national and ethnic yards and ethnic pavilions, which in themselves are museums of different countries. The unique character of the site allowed each Member State to be fully represented and discovered by numerous visitors. The festival includes performances by folk groups from different countries, fairs of folk art, crafts and cooking workshops, interactive tours and entertainment programs.