Monument to the first conquerors of Everest - Edmund Hillary and Tenzing Norgay, as well as Boris Lisanevich - legendary Odessa citizen, «friend of the kings», whose efforts made Nepal open to tourists. 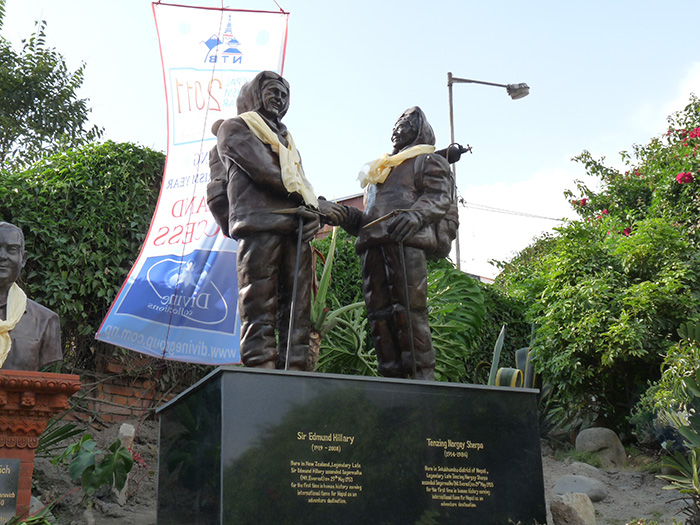 On October 11, 2009 in Nepal’s capital Kathmandu, the Fund with the participation of representatives of the Administration of Kaluga region in the framework of the Sculptural composition project opened two new monuments to the first conquerors of Everest - Edmund Hillary and Tenzing Norgay, as well as our compatriot Boris Lisanevich - legendary Odessa citizen, «friend of the kings», whose efforts made Nepal open to tourists. The holiday held in the center of Kathmandu was attended by Ambassador of the Kingdom of Nepal to Russia Surya Kiran Gurung, Ambassador of Russia to Nepal A.L. Trofimov, Minister of Culture, Tourism and Civil Aviation of Nepal Yankila Sherpa, Minister of Culture of Kaluga region A. Tipakov, representative of the Minister of Sport, Tourism and Youth Policy of Kaluga region P.V. Konovalov and other officials. 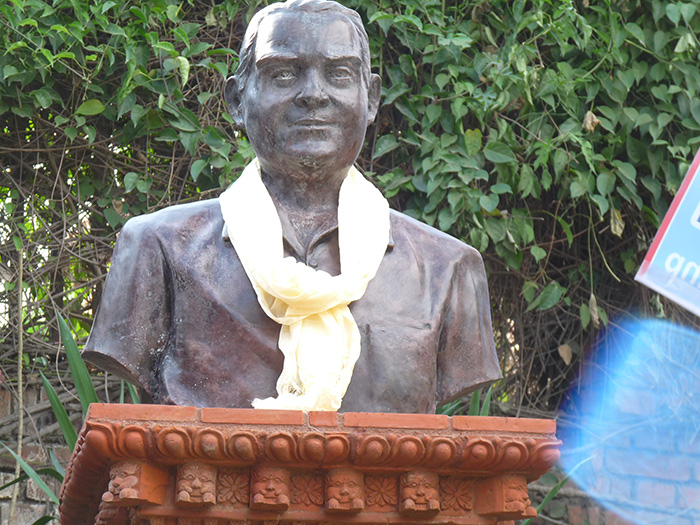 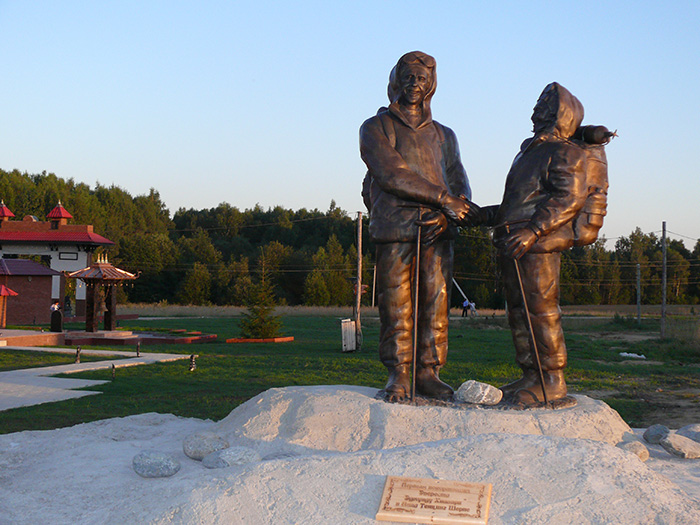 The ceremony of opening the Nepalese house was attended by Deputy Prime Minister and Minister of Foreign Affairs of Nepal Mr. Upendra Yadav, Deputy Governor of Kaluga region, Head of the Representative Office of Kaluga region in the Government of the Russian Federation Vladimir Vasilyevich Potemkin, Ambassador Extraordinary and Plenipotentiary to Nepal in Russia Mr. Surya Kiran Gurung, leading patron of the World Association of Nepalese diaspora Dr. Upendra Mahato, Ambassador Extraordinary and Plenipotentiary of the Russian Federation to Nepal Sergei Vasilyevich Velichkin, Deputy of the Constituent Assembly Mr. Jai Ram Yadav, President of the World Association of Nepalese diaspora Mr. Dev Hirachan Mann, Ambassador Extraordinary and Plenipotentiary of Russia to Nepal in 2006-2010 Andrei Yuryevich Trofimov, Chairman of the Board of the National Bank of Nepal Dr. Yuvraj Khatiwada and other officials, as well as about 400 Nepalese of the diaspora of thirty countries, staff of the Institute of Oriental Studies of the Russian Academy of Sciences, journalists and other numerous guests.