«Arina Rodionovna sculptural composition in «ETNOMIR» is a tribute to nurses, mothers and grandmothers» - M.N. Zadornov

Monument to Arina Rodionovna was installed in the territory of «ETNOMIR» on December 21, 2008. 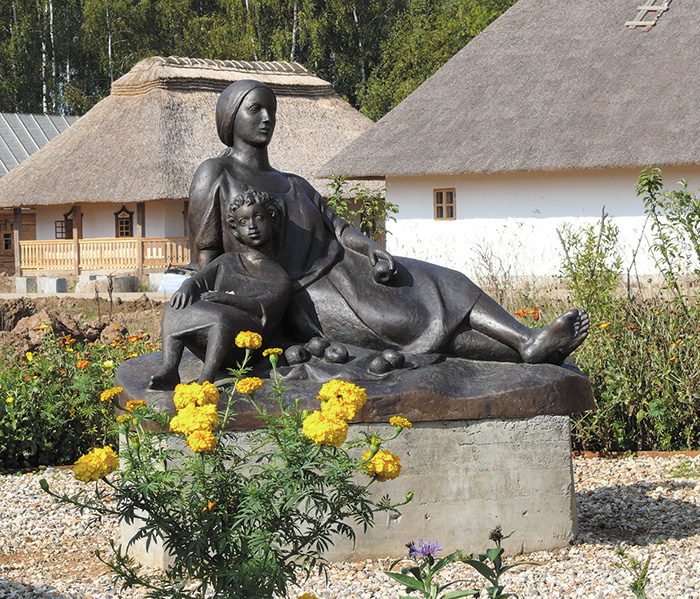 Arina Rodionovna was born in 1758, exactly 250 years ago, and has become a symbol of goodness and wisdom, personifying grandmothers and nurses, who passed on all the love and tenderness to their pupils, developed their inquisitive mind and love for their country and its people.

The idea of the monument installation belongs to the famous Russian satirist Mikhail Zadornov, who noted that there are so many monuments to Pushkin in the world, but not a single one dedicated to the famous nurse who brought up the greatest poet. «Dialogue of Cultures - United World» Fund supported the initiative and installed a sculptural composition with Arina Rodionovna resting next to her young pupil in the territory of «ETNOMIR» Cultural and Educational Center. According to the sculptor’s idea, the scene takes place in an apple garden, so apple trees were planted around the monument.