Monument to the outstanding figure of Russian philosophy and culture Nikolai Fedorov. 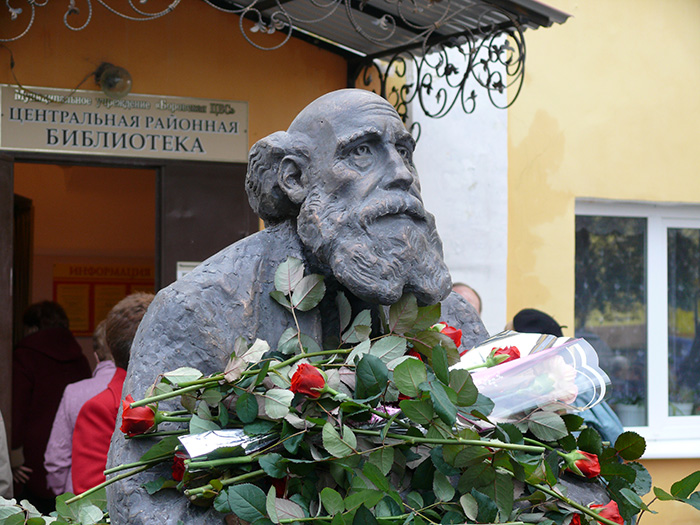 The monument was opened in the year of the 180th anniversary of the birth of philosopher-cosmist, and Borovsk was not chosen by chance. Destinies of two thinkers-cosmists, N.F. Fedorov and K.E. Tsiolkovskiy, astonishingly intertwined in this town. Borovsk was the last place of work of Fedorov-teacher. In 1868, at the age of 39, he walked to Moscow, where he was soon known as a well-known librarian of the Rumyantsev Museum, «Moscow Socrates», who became one of the pioneers of Russian cosmism. And K.E. Tsiolkovskiy, who spent his university years in the Rumyantsev Museum under the guidance of the legendary librarian, later worked in Borovsk in the same school as Fedorov.

Fedorov forbade painting and photographing him; the only portrait of him was secretly made by artist L.O. Pasternak. It is this portrait that served as a model for the sculptor Artem Vlasov, who played three roles in the manufacture of the monument at once - as an architect, sculptor and engraver. The pedestal is adorned with quotations from the philosopher’s works on four sides.