In 2006, the Fund installed a monument to the hero of oriental fairy tales, poet and philosopher Hodja Nasreddin near TRAMPLIN Shopping Center (Moscow, Russia). 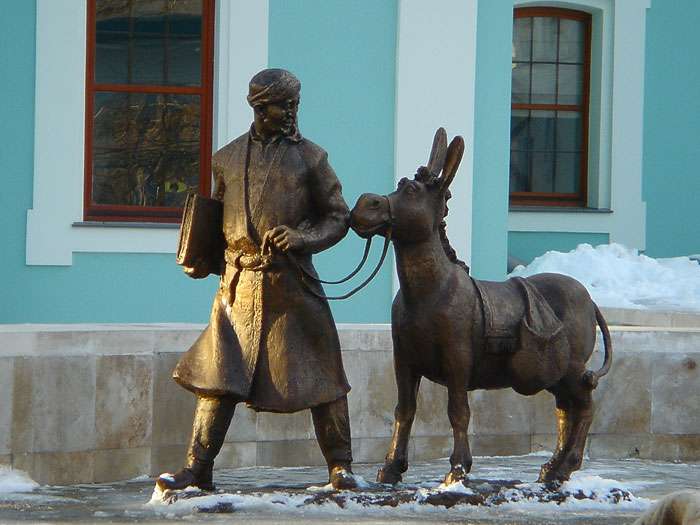 There are many popular short stories about Hodja Nasreddin in the territory of Central Asia and the Middle East, in the Arabic, Persian, Turkish, Central Asian and Chinese literature and the literature of the peoples of the Caucasus and Balkans. Over a thousand of them have been translated into Russian. The literary character of Nasreddin is eclectic and simultaneously combines a syncretic image of a wise man and a simpleton.

The main feature of the literary hero of Nasreddin is his getting out of any situation as a winner using the word. An integral part of Nasreddin’s image is a donkey, who appears in many parables either as a protagonist, or as Hodja’s companion.

Monument to Hodja Nasreddin was installed in Moscow (Russia) near TRAMPLIN Shopping Center in 2006.