Festival of the Russian Geographical Society

«Dialogue of Cultures - United World» Fund took an active part in the Festival of the Russian Geographical Society (RGS) held in Moscow on October 31 - November 6, 2014. 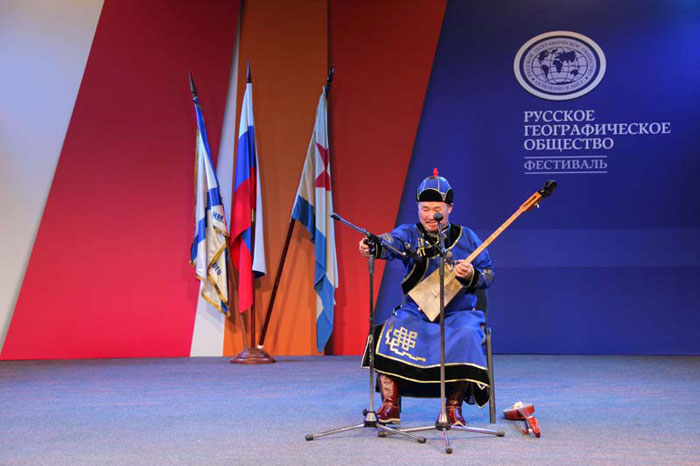 The main aim of the Festival is to acquaint visitors with all aspects of the activities of the Russian Geographical Society with nearly 170-year history. RGS, once founded upon the highest command of the Emperor Nikolai I, is one of the oldest and most respected geographical societies on the planet with representative offices in all 85 subordinate entitites of the Russian Federation. The Fund and RGS have strong partnership by virtue of common views and accumulated history of useful cooperation. President of the Fund Ruslan Bayramov is a member of the Ethnographic Commission of the Russian Geographical Society and a member of the Commission for the development of tourism.

During the week of the festival, the Central House of Artists was visited by 60,000 people who came to get acquainted with the variety of our diverse and multifaceted country. Sergei Shoigu, President of the Russian Geographical Society, stressed that one of the main objectives of the festival is to attract young people's attention to the geographical science and popularize RGS activities. And the objective was met in full. School children, students and adults enjoyed the exhibits, including the famous Yuka mammoth found in the Sakha Republic in 2010. The exhibit is perfectly preserved and presented in a special cryochamber. There were lots of interesting exhibits: traditional costumes of the 19th century, ancient instruments the scientists of the last century used to observe natural phenomena, Russia’s largest railway in miniature, Scythian gold and photos of the rarest cat in the world - the Amur leopard. Guests were even offered to choose a name for one of them. As a result of e-voting, the name «Typhoon» won - thus the festival visitors called a recently registered representative of this rare kind of panthers. 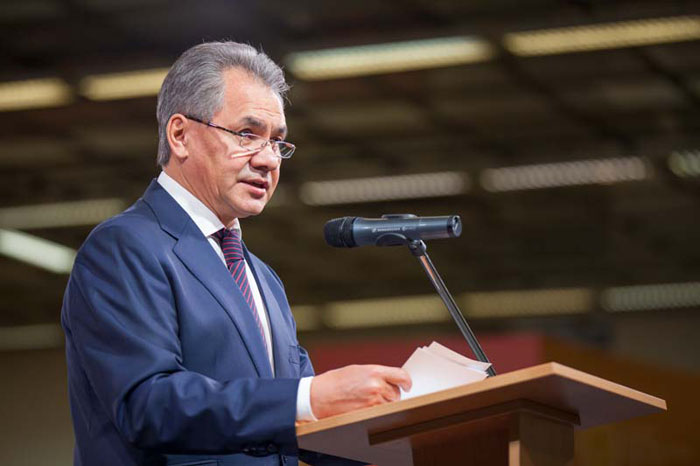 At the festival, each guest got the opportunity to imagine himself/herself a traveler - interactive classrooms equipped with modern projectors reduced the distance from Kazan to Kamchatka to a single click. Upon request, guests could also take a virtual journey into the Earth orbit or underwater world. A «bathyscaphe» equipped with electronic portholes served as a conductor into the depths of the sea. Through the portholes, visitors were able to admire rare species of fish found in Lake Baikal.

«Dialogue of Cultures - United World» Fund presented a felt Kyrgyz yurt, inviting the guests to join the ancient nomadic culture. Inside this exotic house, guests got acquainted with the traditions and lifestyle of nomads, learnt to do «Dream Catcher» amulet and participated in a tea ceremony. The simple and sensible contruction of the yurt perfected by centuries allows nomads to put a house in just two hours. It took employees of «ETNOMIR» exactly the same time to erect a building on the site in front of the entrance to the Central House of Artists. During the festival, the yurt was visited by 20,000 visitors, which is not surprising: after all, nomadic dwelling with soft walls is an exotic thing for the capital.

In addition to the incredible diversity, interactivity was one of the main advantages of the exhibition. The children were shown the influence of harmful emissions on the environment, saw a drifting polar unit, saw how Russian explorers live and deal with the cold. Visitors also enjoyed a large number of workshops in traditional crafts of Russian peoples - seamanship, cooking traditional dishes, shape cutting on the bone. Representatives of the relevant peoples, scientists, travelers and volunteers were happy to entertain adults and children. The festive atmosphere was complemented by performances of artists who came from all corners of the country.

Well-known scholars, TV personalities, travelers, travel-photographers and authors visited the festival with lectures and presentations. RGS Festival has become not only the biggest event in Russia to popularize geography and related sciences, but also one of the most interesting events in 2014.