Confucius’s teachings had a profound impact on the life of China and East Asia, becoming the basis for a whole philosophical system. At the age of just over 20 years, he became famous as China’s first professional teacher.

On September 28, 2009 the monument to Confucius presented by the Fund to strengthen cooperation and mutual understanding between the peoples of Russia and China, as well as to develop diverse cultural and educational ties was installed in the territory of the Ocean State University in Qingdao (China). The opening ceremony was attended by Vice-Rector of the University Dong Xuan Lin, Professor Yu. Zhigan, President of the Confucian society in China, Ambassadors of Azerbaijan, Estonia, Ukraine and Belarus in China. 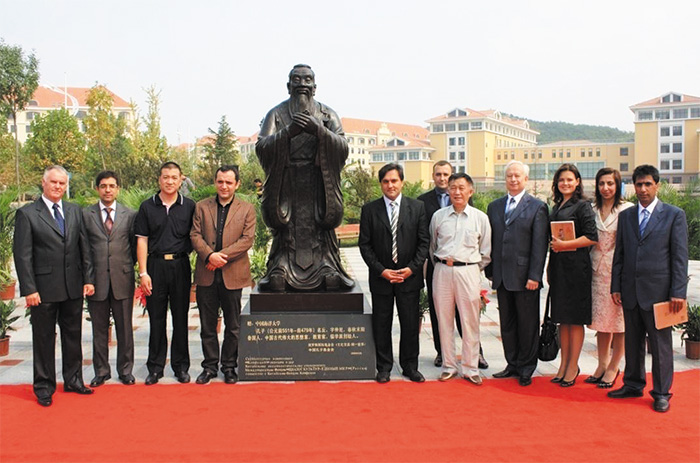 «The path of a thousand miles begins with a single step» - Confucius once said and made a journey of two and a half millennia.

Now the great Chinese philosopher who lived in the middle of the first century BC is known all over the planet. He is spoken of as a wise man, who managed to penetrate into the essence of things and create a philosophy of the person’s harmony with himself/herself and the world. This philosophy has fundamentally changed the thinking of millions of people and identified humanity’s ascent to a new spiritual level.

The second monument to Confucius was installed in the territory of China ethnic yard in «ETNOMIR» (Kaluga region, Russia). The opening ceremony was held on October 22, 2010. 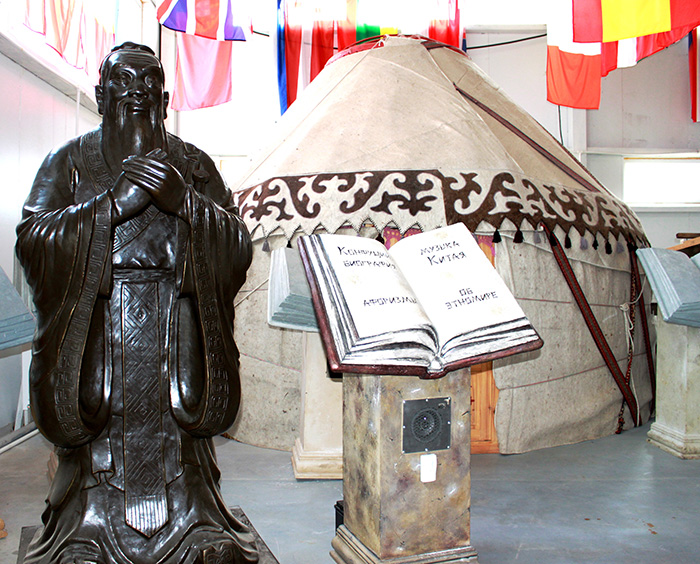 Welcome letters were received from Chairman of the Federation Council of the Federal Assembly of the Russian Federation S.M. Mironov, UNESCO Moscow Office, abbot of the Shaolin Temple in China and representative of Lao Tzu Institute of Hainan Province (China).

On November 16, 2010 the Fund together with the China Confucius Fund installed a monument in the city of Houston.

The opening ceremony in the territory of Houston College was attended by Vice-Consul of the People’s Republic of China in Houston Tsang Chuanbin, Head of the International Department of the City Hall Terence O’Neil, management and teachers of the college, students and visitors from China.