On May 1, 2015 «Dialogue of Cultures - United World» opened the Museum of Nomadic Cultures in the territory of Romashkovo Manor. 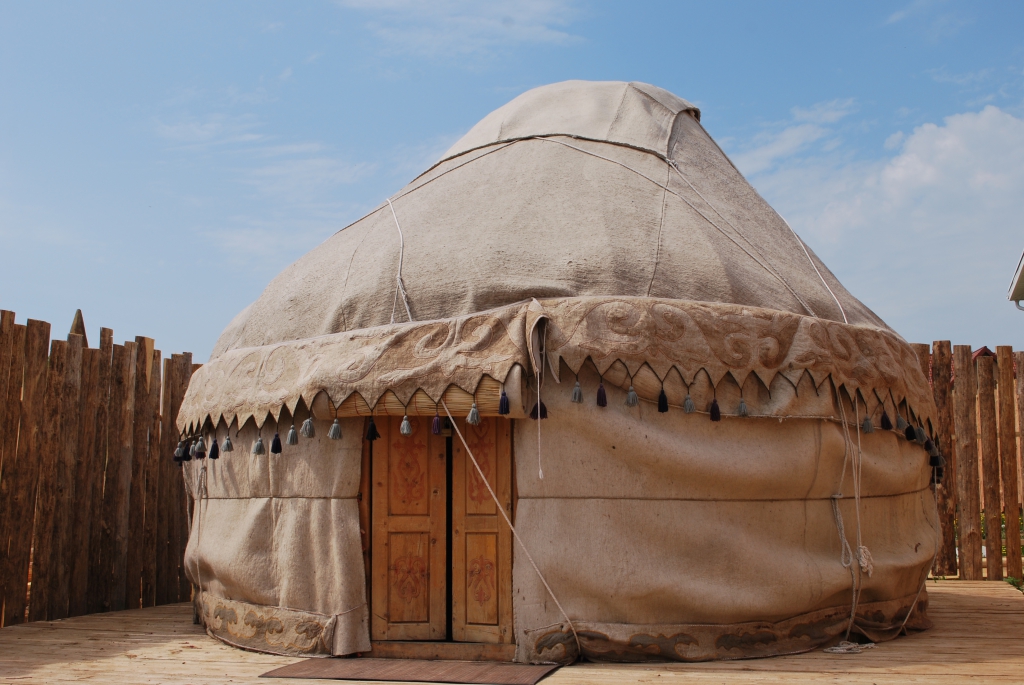 The Museum of Nomadic Cultures is dedicated to the culture and way of life of nomadic people (steppe nomads). The museum presents the exposition in the form of a real felt yurt installed in the spacious courtyard of Romashkovo Manor. According to the ancient traditions of nomadic peoples, the interior of the yurt is a special magical place with strong positive power. Due to its round shape, the yurt adjusts to the harmony and peace of mind that has a beneficial effect on the physical condition of a person.

The museum introduces visitors to the harsh life of nomadic peoples who reclaimed new territories and served as a kind of mediators between different civilizations centuries ago. The gradual expansion of trade areas has led to technological and cultural communication between nomadic and sedentary peoples. The harsh life of free nomads has generated national cultural institutions, which extol the cult of a victorious warrior. The heroic epic of steppe peoples, present in the oral folk arts, serves as the main motif in the visual arts.

On weekends and public holidays, the museum holds craft workshops and tea ceremonies, as well as educational programs for schoolchildren and students. On these days, the museum guides introduce visitors to the history and evolution of nomadic yurts, tell about the features of the traditional way of life and unique culture of the steppe nomads, who have made a huge contribution to world history.