Museum of Puppets of the World’s Peoples

The Museum of Puppets of the World’s Peoples was opened in the territory of «ETNOMIR» Cultural and Educational Center on May 1, 2011. «Dialogue of Cultures - United World» International Public Charity Fund directly participated in the creation of the ethnographic museum. 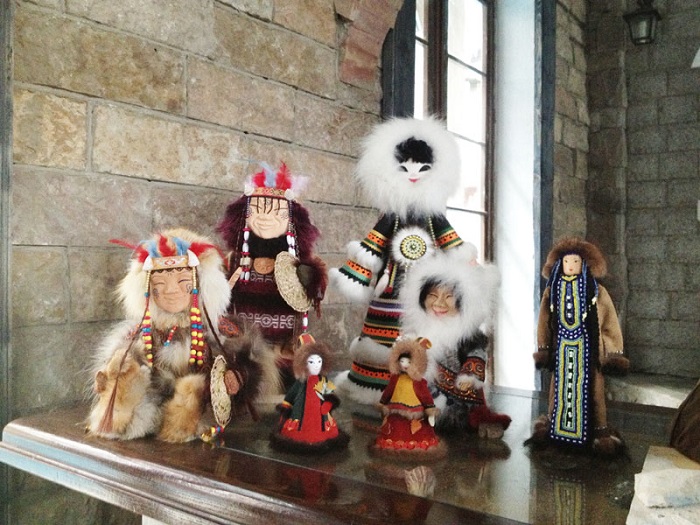 One of the main objectives of «Dialogue of Cultures - United World» Fund is restoration, preservation and popularization of cultures of different peoples. Traditional puppets and children’s toys carrying the knowledge of the history and life of every nation form an integral part of each national culture. A puppet does not appear by itself; it is always created by a human in his own image and likeness. The history of modern puppets dates back many thousands of years. The oldest of them were found in what is now the Czech Republic. The puppet figurine made of mammoth ivory has an age of at least 30,000 years. According to authoritative researchers, this find opens the history of puppets in the world. Puppets from the museum are exact images of people from different places of the planet created by talented puppet masters with great love and diligence.

The museum exhibition includes more than three hundred puppets from all corners of the Earth. The first part of the exhibition is called «Following the Great Silk Road». It presents puppets from India, China, the Caucasus and Central Asia. The second part demonstrates puppets of Russian and European peoples. Here you can find really miniature models, only 5 centimeters tall, and huge puppets from Germany in the costumes of peoples of South Saxony, reaching a meter in height. Museum staff will show you puppets from Tatarstan and Bashkortostan, Udmurtia, Mari El and the North Caucasian republics. The museum has both ordinary puppets made of classic materials and modern models dressed according to the canons of folklore. The wide variety of puppets includes models made of felt and fabric, straw, clay and ivory, as well as unusual items from corn and pumpkin leaves.

The Museum of Puppets of the World’s Peoples also includes «Dwellings of Russian people», a thematic exhibition of Galina Maslennikova. It is a unique collection of 19th century puppets dressed in traditional costumes, and a separate collection of models of folk dwellings with the elements of household of Russian peoples. Replicas are made on a scale of 1:8 and reflect all the features of the interior of Russian izba (hut), Chukchi yaranga, Kalmyk and Buryat yurt, Chechnya hut and Nenets tent.