International Public Charity Fund «Dialogue of Cultures - United World» greatly respects the history of Russia and the Soviet Union. On December 25, 2014 the USSR Museum dedicated to the cultural heritage of the past of our great country was opened in the territory of «ETNOMIR» Cultural and Educational Center. 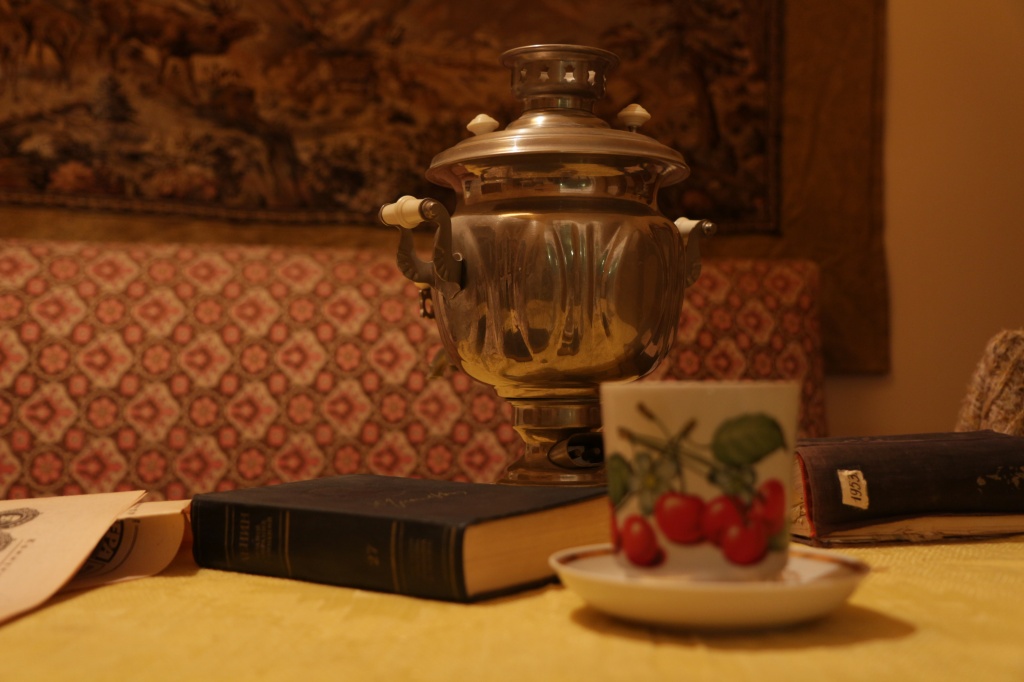 The Soviet Union remains a special milestone in the history of mankind. «Dialogue of Cultures - United World» Fund seeks to preserve the huge cultural layer of the Soviet era for future generations. USSR Museum was opened in the territory of «ETNOMIR» on December 25, 2014 as a part of the program for the preservation of historical and cultural heritage of the Soviet period. Here you will find items of the Soviet life that became legendary symbols of the bygone era. It is a hidden world of emotional memories and warm nostalgia for childhood and youth years for many people. Here, mothers and fathers, grandmothers and grandfathers take great pleasure in recalling the familiar objects of the Soviet period.

The USSR Museum is a special place where each of us can go back to the very close, but rapidly leaving 60-80-s years of the 20th century. Museum exhibits give a visual representation of the life of citizens of the great multinational country - the Union of Soviet Socialist Republics. The USSR Museum is a unique place where history of those who were born and grew up in the Soviet Union comes to life. This is where very young Russians and guests of our country can touch its great past. «ETNOMIR» Cultural and Educational Center is a historical journey into the bright past in order to carry the best into the bright future!

The most important thing in the museum is personal emotions of persons keeping warm memories about their childhood or youth in the Soviet era. Those who lived in the Soviet Union remember not only the years of five-year plans, development of virgin lands and construction of the BAM. They still keep the memories of their childhood and youth: glass bottles of lemonade and kefir, strict headmasters and wise teachers, summer camps and farewell fires, fun TV-shows «Yeralash» and «I want to know everything», oath of pioneers and longtime slogan «To learn, learn and to study once again».

Each visitor to the museum can enjoy the atmosphere of the Soviet period: to sit at a school desk, look through the pages of magazines and newspapers, listen to vintage records, see the USSR map and find himself/herself in a typical apartment of a usual Soviet person.

Currently, the Museum provides three rooms for its visitors:


Soon, another two rooms will be opened.


You can watch newsreels of the Soviet period in the central hall.

Many of us still remember attributes of the Soviet life: polished furniture, carpet on the wall, stereo radio-gramophone, photos of relatives and top officials of the Soviet state, newspaper «Izvestiya» and «Pravda», magazine «Ogonyok», «Around the World» and «Krestyanka», boots of ever-lasting tarpaulin, aluminum forks and spoons with a price tag on the back side, plastic thermometer in the form of one of the towers of the Moscow Kremlin and other attributes of the bygone era. Each visitor of the USSR Museum can see any exhibit and take its picture for remembrance.

A separate part of the museum exhibition is dedicated to Soviet schoolchildren: classic school uniform for boys and girls, legendary attributes of Octobrist and pioneer life - horns, drums and banners. It is easy to immerse yourself into the unique atmosphere of the Soviet school in this exhibition. You can take pictures against the background of a pioneer flag, see memorable pictures about school, remember carefree childhood, sit at a desk, or even leave a review in a ruled exercise book.

Modern boys and girls born in the era of the Internet and high-tech gadgets will be very interested to see thematic stands with archaic cameras, bulky slide projectors and monumental radiograms. You should see a red lantern, plastic film developing tank and enlarger to realize the subtleties of photography. All of these help imagine the scientific and technological progress of the past decade. Besides, you can listen to real records on a retro gramophone! You can also buy individual records of the last century as a souvenir, as well as authentic thick glasses in chrome glass-holders, children’s icons, porcelain figurines, Soviet coins and other memorabilia.