The Bust of Elena Blavatsky

"Action and inaction, both can be combined in you: may your body be in motion, the mind at rest, and the soul transparent and bright, like a mountain lake"... Elena Petrovna Blavatsky is a symbolic person for the followers of the humanistic theosophical movement. The values she proclaimed - altruism, kindness, unity - are undeniable, universal and eternal.

Together with H.S. Olcott and W.Q. Judge, in 1875 Elena Blavatsky founded the Theosophical Society, which today exists in more than 25 countries and unites tens of thousands of like-minded people who have dedicated their work to the global goal of revealing the truth by studying all existing philosophical and religious doctrines. 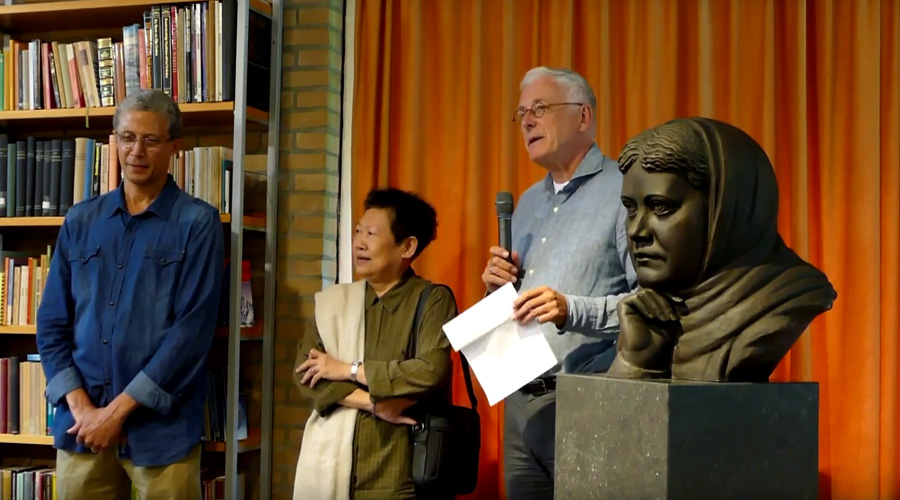 In memory of the outstanding thinker and her immortal ideas, the «Dialogue of Cultures - United World» Fund initiated a project for installing the busts of Elena Blavatsky in the Theosophical Societies around the world. In November 2015, in Adyar (a suburb of Chennai, India) negotiations on the donation of the bronze sculpture by Alexei Leonov to the headquarters of the Theosophical Society were successfully concluded. On the day of the 140th organization’s anniversary, the monument was solemnly installed and opened.