Monument to Four Sages of the Eastern Hemisphere

The composition installed in «ETNOMIR» embodies the unity of the ways of understanding the world in all its diversity and represents four bronze monuments to the outstanding thinkers of the Eastern Hemisphere. 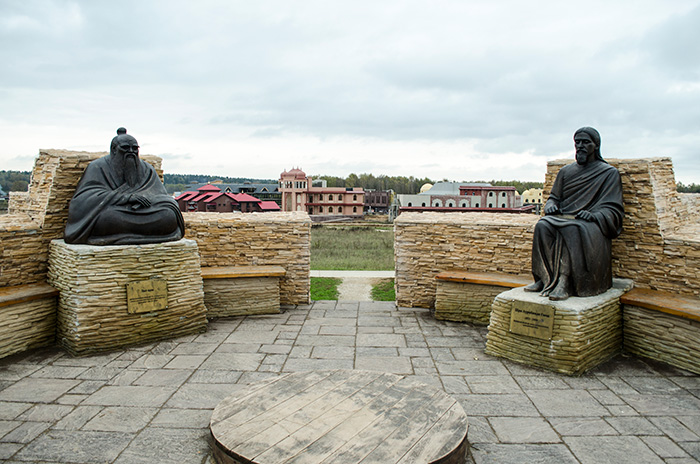 The opening ceremony of the monument «Four Sages of the Eastern Hemisphere» took place in the territory of «ETNOMIR» Cultural and Educational Center in Kaluga (Russia) on December 21, 2012. The composition represents four bronze monuments to the prominent thinkers - miracle worker Seraphim of Sarov, Indian philosopher Sri Aurobindo, Persian poet Dzhalaladdin Rumi and ancient Chinese philosopher Lao Tzu. The monuments were installed on top of a stone ziggurat. The steps by which visitors climb up to the sages symbolize different ways leading to the achievement of a common goal - unity and harmony, which the modern world needs so much. 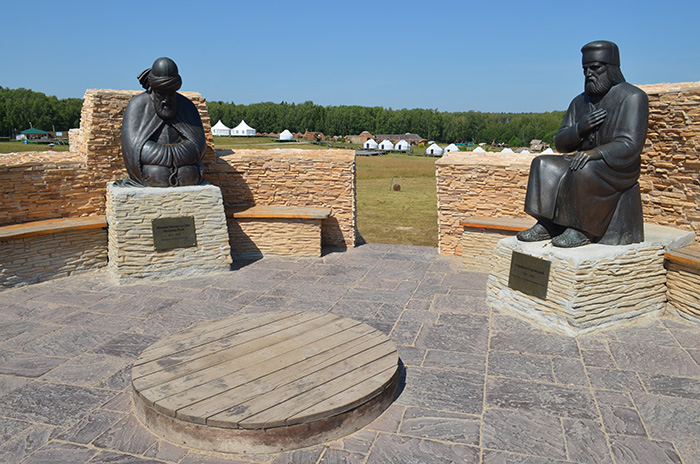 The opening ceremony was attended by President of «Dialogue of Cultures - United World» Fund Ruslan Bayramov, Deputy Minister of Sports, Tourism and Youth Policy of Kaluga region Pavel Vyacheslavovich Konovalov, Third Secretary of the Department of Culture of the Embassy of the People's Republic of China in the Russian Federation Jiang Peng, Deputy Director of the Cultural Center at the Embassy of India in Moscow Sanjay Vedi, sculptor Alexei Leonov, Director General of the Russian-African Fund of Scientific, Cultural and Business Cooperation Andrei Trykov, representatives and students of the Institute of Hotel Business and Tourism of the Peoples’ Friendship University of Russia, honorary guests, staff and visitors of «ETNOMIR».