Monument to the founder of Moscow State University, poet, who laid the foundations of the modern Russian literary language, advocate of national education.

Mikhail Vasilyevich Lomonosov (08.11.1711-04.04.1765) is the first Russian natural scientist of world importance, man of encyclopedic knowledge, varied interests and abilities, founder of Moscow State University, one of the founders of physical chemistry, artist, historian, poet, who laid the foundations of the modern Russian literary language, advocate of national education and development of independent Russian science. 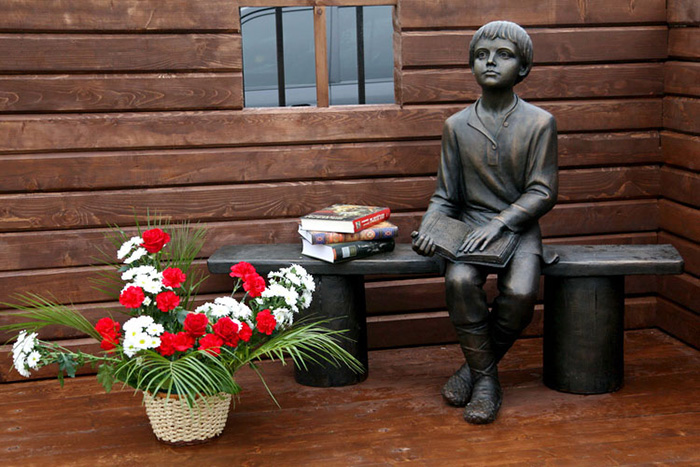 After the ceremony, representatives of Moscow Lomonosov School held the first tour around the room-museum of M.V. Lomonosov in Arkhangelsk izba. All the exhibits of the museum were hand-made by the students.

A copy of the monument «Reading Mikhail Lomonosov» was also installed in «ETNOMIR» on the Peoples' Friendship Square in 2011.